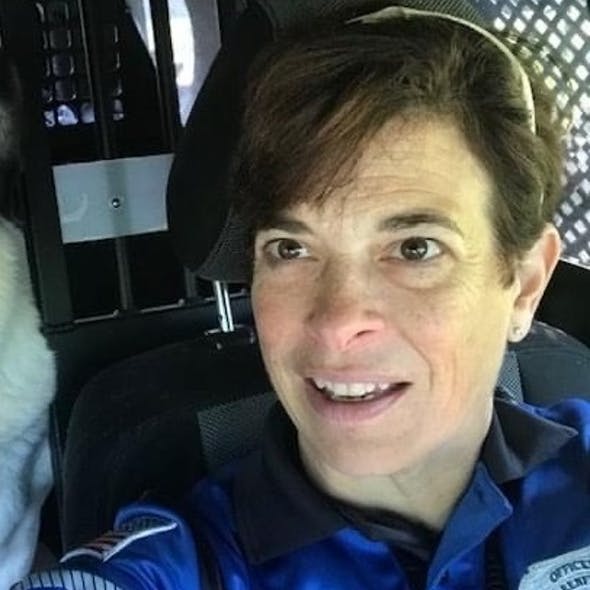 Greenfield Police Officer Laura Gordon, who has been with the department since 1998, said she was stepping away to help prevent some newer officers from being furloughed amid budget cuts.

A veteran Greenfield Police Officer’s request to take an unpaid leave of absence was accepted by Greenfield Mayor Roxann Wedegartner on Friday, the unpaid leave request comes weeks after the city council voted to cut the police department’s budget by $425,000.

Officer Laura Gordon, who joined the Greenfield Police Department in August 1998, will be taking an unpaid leave of absence starting July 1. The officer said she hopes her leave will help prevent some of the newer officers from being furloughed amidst the recent budget cut.

Under the terms of Greenfield’s collective bargaining agreement with the Massachusetts Coalition of Police, Officer Gordon is allowed to take up to a year of unpaid leave before deciding to return to the department, Mayor Wedegartner’s office said.

Greenfield City Councilors voted to reduce the city police’s budget on May 19, weeks after a Hampshire County jury found that the Greenfield Police Department discriminated against a former officer, who is Black.

The former Greenfield Police Officer, Patrick Buchanan, launched a lawsuit against the department and Police Chief Robert Haigh for discriminating against him when he was denied a promotion in 2020.

Buchanan was the department’s only Black officer at the time.

On May 6, the same day the jury found the Greenfield Police Department and Chief Haigh at fault in the discrimination case, Greenfield Mayor Roxann Wedegartner placed Police Chief Haigh on paid administrative leave as she reviews the court’s transcripts.

Acting Greenfield Police Chief William Gordon said the budget cuts will force the department to lay off seven of its 34 full-time police officers. By department standard, the most recently hired officers will be the first to be laid off, the police chief added.

“After much soul searching, I have decided to step away from my duties as a Greenfield police officer,” Officer Laura Gordon said. “So that a junior officer who would otherwise be furloughed because of recent budget cuts can remain on the force.”

Officials said Laura Gordon currently oversees the Department’s nationally recognized Comfort Dog program. The program is at risk of being discontinued at the end of June in order to free up funding for other policing priorities.

The Greenfield Police Department detective bureau, midnight shift, all of the department’s outreach services, call response program and all other police programs face the risk of being discontinued after the Greenfield City Council voted to cut the city’s police budget by $425,000, Chief Gordon said.

“The most difficult part of this decision is the feeling that I am letting down the people of Greenfield and the proactive approach to community policing to which I have dedicated my career, but I firmly believe this is the best course of action for the future of the Greenfield Police Department,” Officer Laura Gordon said. “I hope that I can return to the job that I love if the Department’s budget difficulties are resolved.”