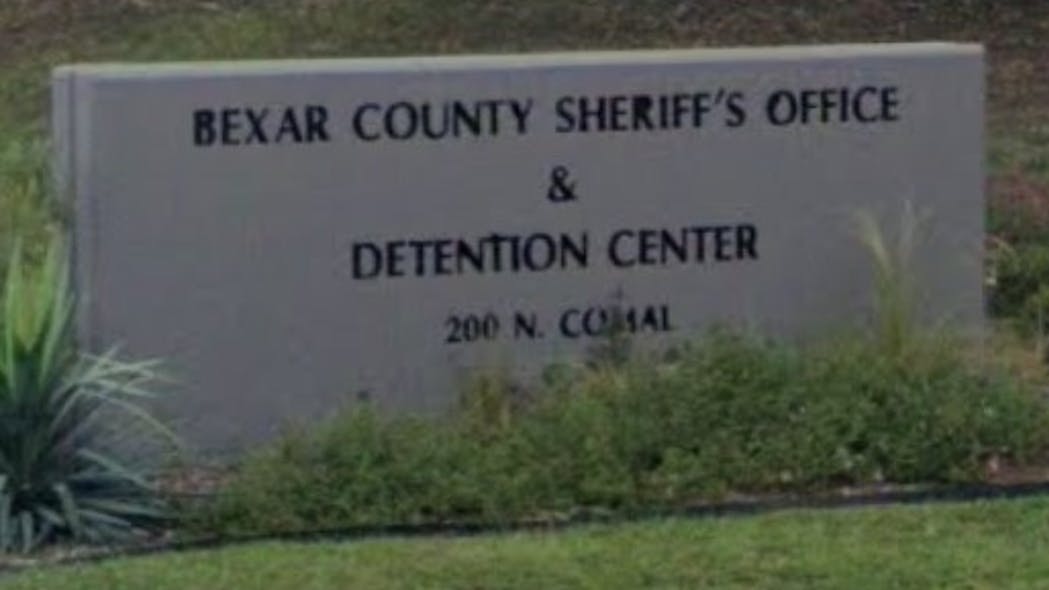 Bexar County sheriff’s deputies found a 21-year-old inmate hiding in a utility closet wearing a jail deputy’s uniform that had patches but no badge after he was supposed to attend a virtual court hearing.

Bexar County jail deputies apprehended an inmate wearing a sheriff’s uniform Thursday afternoon in what they believe was an attempted escape around 3 p.m. Sheriff Javier Salazar said Aaron Allen Voyce, 21, was only caught after a fire alarm in the facility at 200 N. Comal St. was tripped.

Voyce was supposed to be in a part of the jail to attend a virtual court hearing over Zoom, but somehow managed to work his way into a classification unit office on the fifth floor, Salazar said at a press conference Thursday.

He said the door to that office was left open, but Salazar didn’t know exactly how Voyce made his way to the office but that he somehow used an elevator to get there.

Salazar said deputies found Voyce in a utility closet in the office wearing a jail deputy’s uniform that had patches but no badge. He was also missing his shoes, which were found not far from where he was discovered.

There were ceiling tiles on the floor, but Salazar said he was not sure if Voyce tried to climb into the ceiling. Deputies are still reviewing the available surveillance footage, he said.

The sheriff speculated that Voyce found the uniform in a desk drawer, but investigators are still looking into the situation to rule out involvement of jail personnel. It is still unknown how long the inmate was unaccounted for.

Voyce has been incarcerated for about two months, Salazar said, on charges of aggravated assault and cruelty to a non-livestock animal. Voyce allegedly beat his family dog to death with a bat. Salazar says that Voyce might be dealing with mental health issues.

“He was just talking gibberish about the president and about ‘Chief Salazar,” the sheriff said. “In a situation like that, does it really make a difference to put another charge on him?”

He said Voyce wasn’t close to escaping when he was found.

Deputies did a head count and all other inmates were accounted for. Deputies also checked cars as they left the jail.

Officer Down: FOP Sounds the Alarm Over the Growing Violence Against Law Enforcement