For Officers, Consumer Messaging Apps are Insecure and Illegal 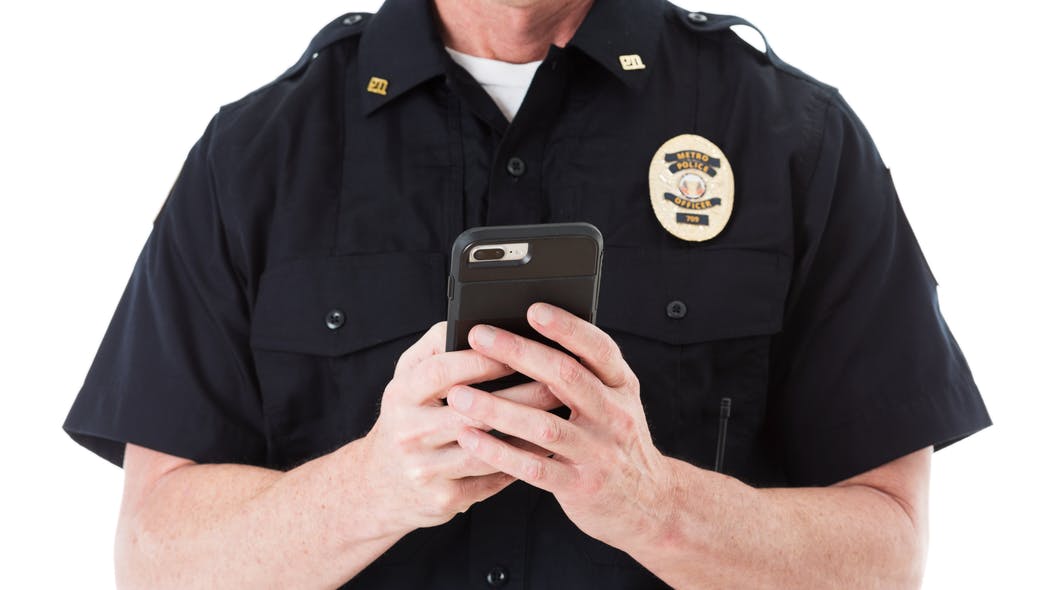 Using consumer apps to communicate on-duty? You could be breaking the law.

Mobile technology has had a tremendous impact on various sectors across our globe, including in our own industry of law enforcement. Today, 72% of first responders use a mobile device on duty, a vastly higher usage than land mobile radios (LMRs) which was the old precedent for officer communications. This high usage is much to do with the bevy of messaging apps available for citizens that those in the public sector have also begun utilizing to interact with their peers.

However, despite these platforms’ availability and user-friendly appeal, their usage among police and first responders poses significant workplace and legal risks. Further, an overwhelming number of public safety employees use consumer apps, along with SMS texting, for work-related communications – breaking the law while doing so, without realizing.

Read further below to learn the risks these apps present to law enforcement agencies and why it’s important to cease using them immediately to avoid communication breakdowns, intelligence hackings and legal complications.

With the recent increase of cyber hacks and data breaches, developers of consumer messaging apps have worked to enhance their platforms’ security and provide encrypted messaging for users. While this is a stride in bettering messaging security, it doesn’t ensure enough needed for the classified intel shared amongst first responders and government agencies.

Messages sent through public apps are not tracked, opening the possibility of classified information falling into the wrong hands, which has occurred numerous times over. The result of this? First responders and their agencies become liable for harm and grievances caused due to mismanagement of critical information.

We also find issues with these apps in regards to deleted messages. While it’s important to share relative information in a timely manner—which could mean deleting unimportant messages—all on-duty communication for first responders and their departments must be archived to adhere to compliance. This means officers who delete sent messages through these apps are infringing public records retention laws, which could have significant consequences for them and their agency, something we’ll touch more on below.

Opens the door to legal liability

While the ability to delete messages can be handy to rid discussion chains of unimportant messages or those with incorrect information, it’s a liability for law enforcement officers in regards to compliance. This ends up violating federal and state-level public records laws, as well as failing to comply with Criminal Justice Information Services (CJIS) and with Freedom of Information Act (FOIA) requests. This compliance failure can, and has on several occasions, lead to legal consequences for officers and their entire agency.

These platforms can pose repercussions beyond the failure to adhere to and comply with federal and state-level public records laws. As mentioned previously, these apps can be easy for hackers to tap into with a lack of secured and restricted messages. Sensitive intelligence can easily reach the hands of individuals outside of the agency, leading to further legal proceedings.

Stick to secure and compliant platforms

To avoid increased risks of intelligence loss or message hackings, along with high potentials of legal complications with a lack of compliance, agencies should make a concerted effort to only use compliant and secure communications platforms. Current platforms available—whether it’s WhatsApp, GroupMe, or Signal—are too risky for agencies to utilize. Luckily, more technologies that provide these, along with instant communication abilities, are available on the market.

The onus now rests on agency and department leaders to do their homework and find the platform that properly fits their organization, and allows them to communicate instantly and freely, without fear of consequences. While there are more commonly used tools out there, and ones many officers use outside the lines of duty, they cannot be used on-duty and more officers and agencies must be aware of this fact to avoid the complications that come with utilizing these insecure, noncompliant and illegal platforms.

Jeff Halstead dedicated nearly 30 years of service to law enforcement and corresponding local communities. For more than two decades, Halstead worked for the Phoenix Police Department, departing as Commander to join the Fort Worth Police Department. As Chief of Police in Fort Worth, he faced many national and global crisis incidents before retiring in 2015. He went on to found and create Evertel, a secure and compliant mobile communication platform for first responders and government entities, to solve the communication disparities he witnessed firsthand as a first responder and law enforcement agency leader.