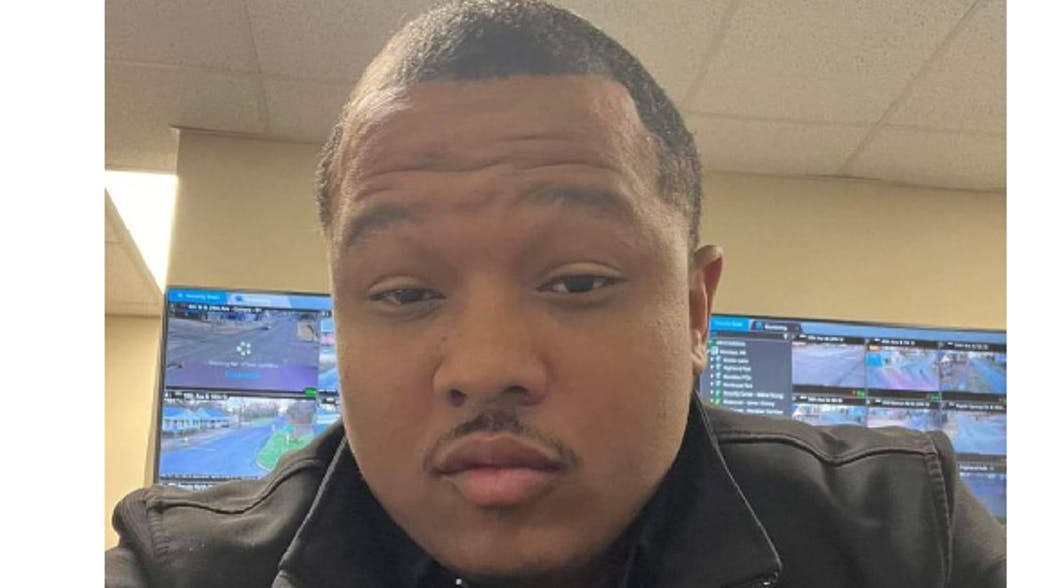 Authorities are searching for a 31-year-old suspect accused of shooting and killing Meridian Police Officer Kennis Croom during a domestic violence call.

A Mississippi police officer killed in the line of duty Thursday was from Alabama.

Meridian Officer Kennis Croom was shot to death about 5:30 p.m. while responding to a domestic violence call in the 2400 block of 51st Avenue, Lauderdale County Coroner Clayton Cobler told The Meridian Star. A woman, whose identity has not been released, was also found dead at the scene.

Croom grew up in Tuscaloosa. “Our thoughts are with the Croom family and the men and women of the Meridian Police Department tonight,’’ The Tuscaloosa Police Department posted on Facebook, “and in the coming days, weeks and months as they struggle to heal from this tragedy.”

“Officer Croom served his community bravery and selflessness,’’ TPD wrote. “His sacrifice will not be forgotten.”

Croom’s LinkedIn profile said he became a police officer in 2013. According to the Greene County Independent, the officer formerly worked at the Eutaw Police Department.

Jackson police Chief James Davis issued a press release mourning Croom’s killing and stating that he was dedicated to the community while he worked in Jackson.

“We were indeed fortunate that we got an opportunity to work with a passionate officer like him,’’ the chief wrote.

“To the family of Officer Croom, I am praying for your strength during the time of immense sorrow. I know there are no words that can east your pain,’’ Davis wrote. “I will pray daily that you find solace in his memory. He will truly be missed. He is a hero forever.”

Bender is a Black male, 5-feet, 11-inches tall and weighs 299 pounds. He has brown eyes and black hair.

He was last seen at the scene of the deadly shooting wearing a purple sweatshirt, and purple sweatpants. Bender could be traveling in a 2004 black Nissan Armada with license plate “IMANI.”

Anyone with information on his whereabouts is asked to call 9-1-1 or the Mississippi Bureau of Investigation at 855-642 5378.