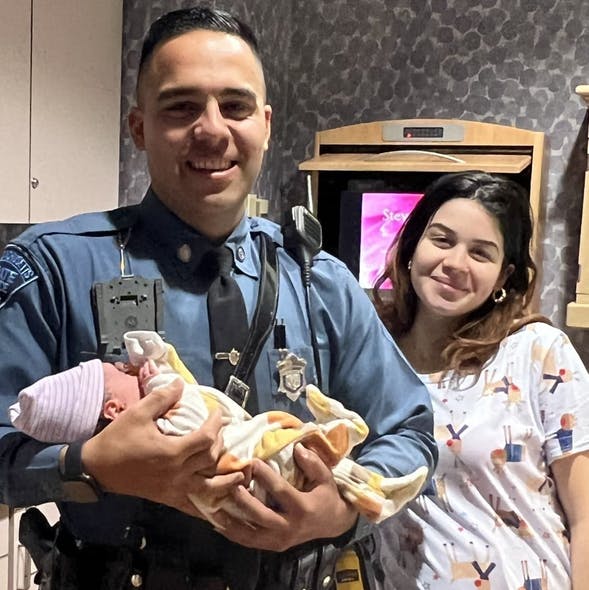 Because of a lack of available ambulances in the West Springfield area, Massachusetts State Trooper Jose Cabrera rushed the expecting mother to the hospital, where she delivered a boy.

State Trooper Jose Cabrera pulled over the vehicle only to learn that the driver and his girlfriend were in a haste to get to the hospital, she was pregnant and her water had broken.

Cabrera then immediately requested an ambulance through the Springfield Barracks desk officer while trying to keep the mother-to-be calm, according to a Facebook post by the Massachusetts State Police.

Upon learning all local ambulances were busy taking other active calls, Cabrera thought fast on his feet and decided to escort the woman to Mercy Hospital with her in the back of his cruiser. The soon-to-be father followed behind.

After safely arriving, a short while later the woman delivered a healthy baby boy. The new mother and Cabrera later posed for a photo, with Cabrera holding the infant he helped to deliver in hand.