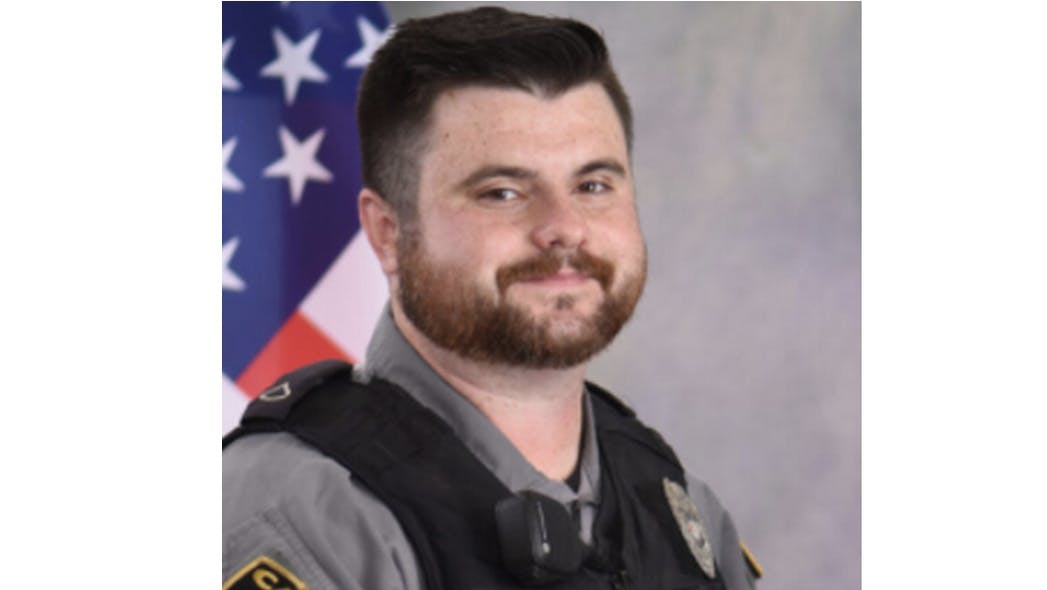 Cayce Police Officer Roy Andrew “Drew” Bar, who was wounded in the line of duty in 2017, was shot and killed while responding to a domestic disturbance call.

A Cayce Police Department officer was shot and killed in the line of duty Sunday morning before the man who pulled the trigger took his own life, Police Chief Chris Cowan said.

Roy Andrew “Drew” Barr, 28, is the officer who died, Cowan said during a news conference at the Lexington 2 Innovation Center.

“Our hearts are breaking in Cayce. Officer Drew Barr has been an important part of the Cayce family since 2016,” Cayce Mayor Elise Partin said at a news conference. “All of our Cayce officers, our Cayce team, and our Cayce citizens mourn with Officer Barr’s family.”

Austin Henderson, 36, was identified as the other man who died at the scene, the Lexington County Coroner’s Office told The State. No cause of death has been released from the coroner’s office.

At about 2:45 a.m. Sunday, Barr and other officers responded to a 911 call about a domestic disturbance, according to department spokeswoman Ashley Hunter.

When officers arrived on the scene, three of them made contact with a man in the front yard, according to Cowan. During that contact, shots rang out from in the house, and one of them hit and killed Barr, Cowan said.

Barr “cared about nothing else other than serving this community. And he was shot and killed this morning for no reason,” Cowan said. “There was no call for it and no reason for it. It was inexcusable.”

Cayce police were joined by officers from multiple other law enforcement agencies, including the Columbia Police Department negotiators, according to Cowan. For seven hours, they tried to negotiate a peaceful resolution to the situation, but the shooter ultimately killed himself, Cowan said.

There also was no word if police returned fire at the shooter.

“Pray for Officer Barr’s family and all or our Cayce officers and our Cayce team,” Partin said.

Barr was a member of the Cayce K-9 division where he was partnered with Molly, a dog that performs tracking and narcotics functions., according to the police department website.

“He loved his dog, Molly, and he loved his job. He loved being a K-9 officer, and he was good at it,” Cowan said.

Prior to joining the Cayce police, Barr was a firefighter and an EMT, the police chief said.

Barr was a captain with the Monetta Volunteer Fire Department, and his first job in Cayce was with the city’s fire department, the organizations said.

“You were a great friend to all who had the privilege to know you,” the fire department said.

One of those friends was Seth Rose, a Columbia attorney and South Carolina state representative.

“I’ve known Officer Barr a couple years now, and he was a good officer who was fair and a great person,” Rose told The State Sunday. “I was shocked when I woke up to this news. I’m heartbroken.”

Barr previously survived getting shot while in the line of duty shortly after joining the Cayce police.

On May 27, 2017, Barr was one of two Cayce police officers who was shot during an incident that involved a car chase and gunfire.

In 2021, Eugene Jonathon James was sentenced to 20 years in prison after pleading guilty to multiple crimes, including two counts of attempted murder for shooting Barr and Sgt. Evan Antley. James also pleaded guilty in federal court to being a felon in possession of a firearm and ammunition. At that time James was sentenced to 10 years in federal prison, a sentence he will serve after completing his 20-year prison stint on state charges, according to the South Carolina Attorney General’s Office.

Both Barr, who had recently graduated from the South Carolina Criminal Justice Academy at the time of the 2017 shooting, and Antley were awarded medals for their bravery, nonprofit organization Serve & Connect said.

“Every day we talk about, as police officers, how hard this job is, and we talk about the commitment it takes to come out at 3 o’clock in the morning and risk your life. Officer Barr gave the ultimate sacrifice for us. to make us safe. And he loved what he did, but he paid the ultimate sacrifice,” Cowan said. “I would ask that the community, that this state, pray for his family, pray for the Cayce Police Department as they heal, as they’re going to need the support of our community as well as the great state of South Carolina.”