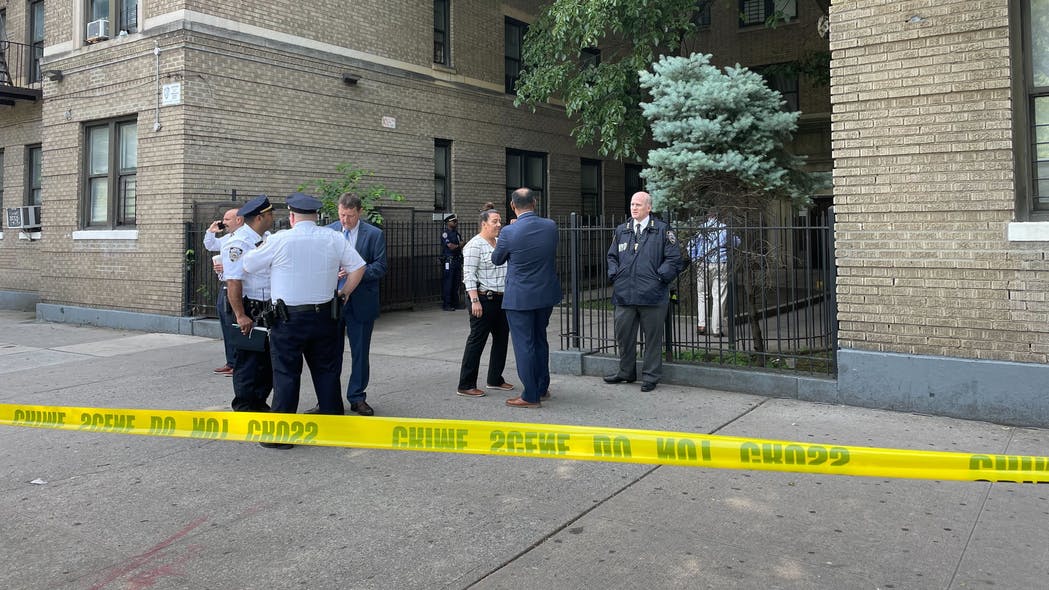 The 31-year-old NYPD officer, who was assigned to a transit district in Brooklyn, was stabbed multiple times in her Bronx apartment by her husband, who later turned himself in to police.

An NYPD cop was stabbed to death by her estranged husband in her Bronx apartment early Monday, police said.

The 31-year-old victim was off duty when she was stabbed multiple times all over her body inside her home on the Grand Concourse near E. 156th St. about 2:50 a.m., cops said.

Medics tried to save her but she died at the scene. Her name was not immediately released.

Her 34-year-old husband, who lives elsewhere, later turned himself in and is being questioned. Charges against him were pending.

Sources describe him as her ex but it wasn’t immediately clear if they were separated or divorced.

The officer, who was assigned to a transit district in Brooklyn, had a 3-year-old son in common with the suspect. The boy was not at her home when she was killed.

By late Monday morning, scores of the victim’s colleagues, including NYPD Chief of Transit Jason Wilcox, had gathered in grief outside the slain officer’s building.