NYPD’s Chief of Department to Retire at End of Year 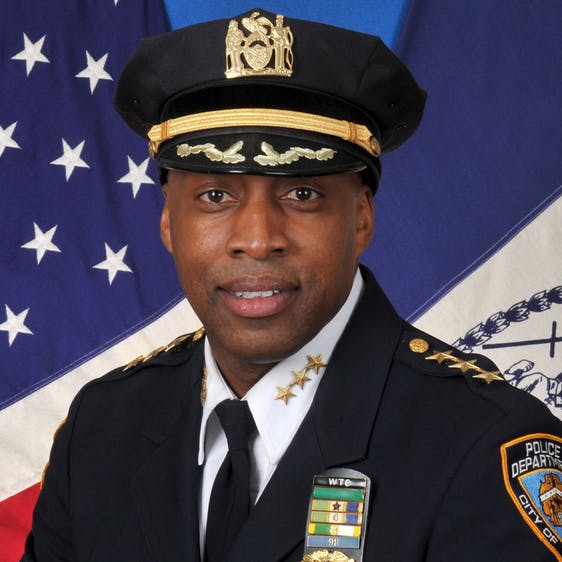 Joining the NYPD at the urging of his father, Chief of Department Rodney Harrison worked as a police officer in every borough in the city during his 30-year career.

Top NYPD uniformed officer Rodney Harrison — who in a 30-year career has worked as a cop in every borough — plans to retire Dec. 30, the department said Thursday.

Harrison, the NYPD’s Chief of Department, grew up in Rochdale Village in Queens and joined the NYPD in June 1991 at his father’s urging.

In January 2018, NYPD Commissioner Dermot Shea named him Chief of Patrol and he became the city’s first Black Chief of Detectives in December 2019.

Harrison was heavily involved in implementing the Neighborhood Policing program aimed at strengthening ties between the police and the community.

He was awarded the Departmental Combat Cross for heroism in the mid-1990′s after he was shot at by a drug dealer while working undercover.

“Rodney has been not only a trusted advisor, and friend, but exactly the kind of innovative leader our city and our department has needed in these challenging times,” Shea said.

“He has performed in every rank — from patrol officer, to undercover officer displaying tremendous valor, to Chief of Department — with knowledge, skill, integrity, and a great passion for our continuing mission.”

“I’m extremely proud to have worked tirelessly, over my entire career, protecting people and giving back to the city’s communities,” Harrison said.

“It’s been an honor to be a part of this great police department, to carry out our intelligence-driven policing strategies, to help develop several lasting reforms, and to build meaningful dialogue with our city’s young people. And I am privileged that two of my children will carry on this important work.”

After starting his career as a cadet, Harrison became a patrol cop in the 114th Precinct in Astoria, Queens.

He then moved to the Narcotics Division, and served stints as a detective in Brooklyn and in the Bronx. Harrison also was executive officer of the 47th Precinct in Wakefield, the Bronx. Later, he was commander of two Manhattan precincts, the 28th Precinct and the 32nd Precinct, which are both in Harlem.

He was promoted to deputy chief while serving in the Internal Affairs Bureau and then moved to Patrol Borough Staten Island and Patrol Borough Brooklyn North.

He was Chief of Detectives for Brooklyn North before being appointed Chief of Patrol.

Harrison’s wife is a retired NYPD lieutenant and two of his daughters — Amber and Tyra — are rookie cops.