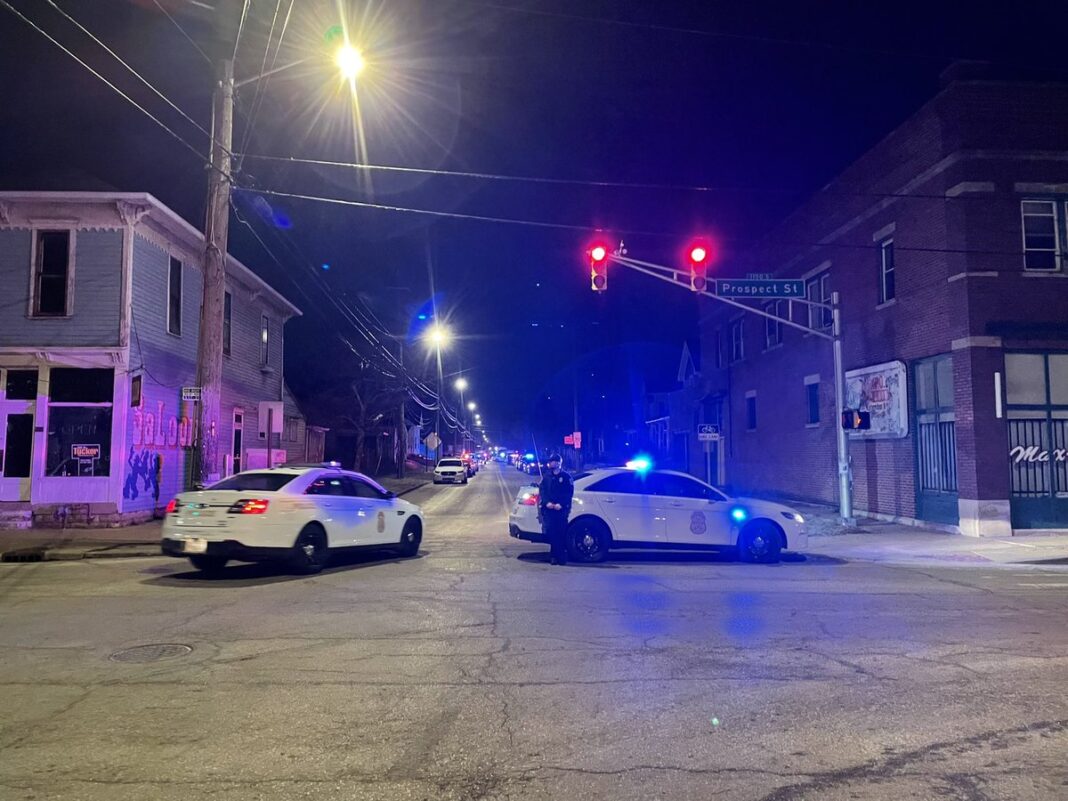 The officer was in serious but stable condition, police said.

INDIANAPOLIS — An Indianapolis police officer was shot and seriously wounded and a suspect was critically wounded in a shootout as officers responded to the scene of an automobile crash, police said.

The officer was hospitalized in serious but stable condition following the Sunday night shooting, while the male suspect was initially hospitalized in critical condition before being upgraded to serious condition, police said Monday.

Indianapolis police said the wounded officer is a “one-year officer who was in field training.”

That officer and a second officer were dispatched about 10 p.m. to the scene of a reported accident. As the officers were traveling to the scene, dispatchers were told that a male wearing a red jacket was exposing himself and also that a male in a red vehicle was “acting strange,” was intoxicated and driving away from the reported crash scene.

Police said witnesses directed the officers to the red vehicle and the officers soon found it and also saw a male in a red jacket in that vehicle.

Both officers exited their fully-marked police vehicle and within seconds the male began running away from the officers, who told him, “Stop. Police,” police said. An exchange of gunfire then occurred between at least one of the officers and the suspect, the Indianapolis Metropolitan Police Department said in a statement.

The officer who fired his gun has been placed on administrative leave, a standard procedure following such shootings. It was unclear if that officer was the same one who was shot.