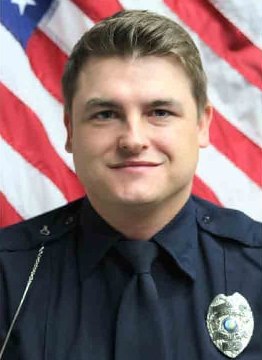 Officer Ryan Hayworth, 23, was struck while investigating an earlier crash

NIGHTDALE, N.C. — A police officer has died after a crash on Interstate 540 early Sunday morning.

Knightdale police officers were investigating a single-car crash on I-540 just after 2:30 a.m. when a car hit their cruiser from behind, according to a town news release.

Officer Ryan Hayworth, 23, was killed in the crash.

“Ryan’s loss (is) an indescribable tragedy for our department and our community,” said Police Chief Lawrence Capps. “The pain of his death (is) felt the most by his family, friends, and those who knew him best. As we began the process of healing, we ask that you join us in a season of prayer for all of those who have been forever touched by this heartbreaking event.”

The crash occurred in the eastbound lanes by mile marker 22, the town said.

Hayworth’s training officer, Cody Hagler, was seriously injured, as was the driver who hit them and the person involved in the initial single-car crash.

Hagler’s injuries were not life-threatening, the town’s release said.

The town’s news release added that alcohol is believed to have been a factor in the crash, and that charges are pending.

Hayworth, who had been on the force for just three months, was formerly in the U.S. Army.

The News & Observer has contacted the Highway Patrol for more details.