Suspect Fatally Shot in Scuffle with Ala. Police Officer Outside School 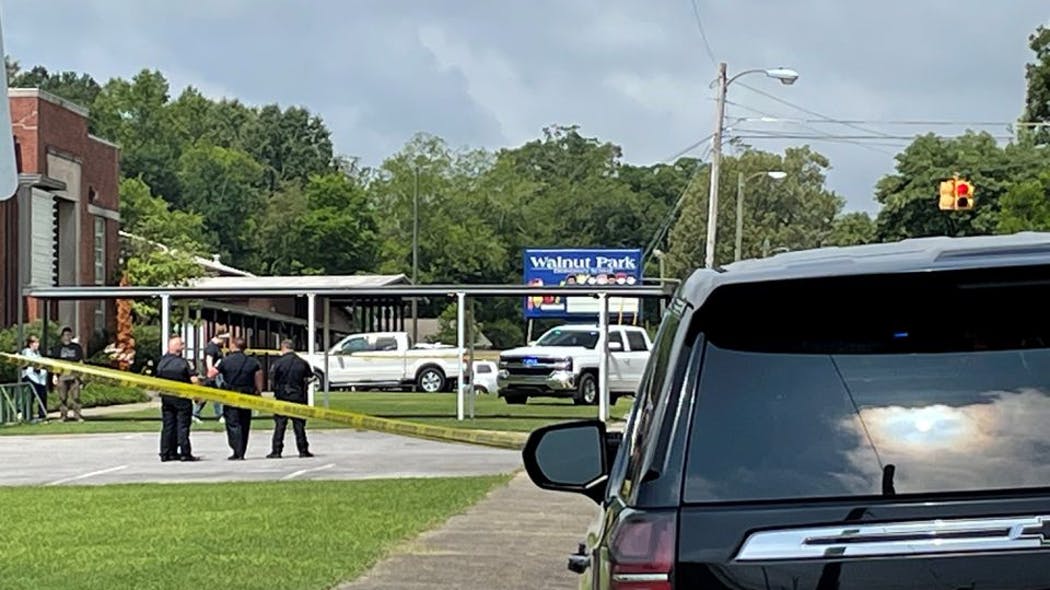 A man who tried to get into vehicles and “aggressively” tried to open several doors at a Gadsden elementary school was confronted by a Rainbow City police officer and a school resource officer.

Investigators are still sorting out what happened to spark a shooting outside a Gadsden elementary school Thursday morning that left one person dead.

The incident happened at about 9:30 a.m. outside Walnut Park Elementary School where a summer literacy camp for elementary-age children was taking place. Gadsden City School Superintendent Tony Reddick said 34 children were in the school at the time of the incident.

According to Reddick, the man was trying to get into vehicles and “aggressively” tried to open several doorways. The school went into lockdown, following protocols, Reddick said. It’s unclear what touched off the incident.

A school resource officer on site responded, talked with the man and called for backup. When a second officer arrived, an altercation ensued. The suspect was then fatally shot. Officials have not said if the man was armed.

A Rainbow City police officer suffered minor injuries in the scuffle. The school is located in the Walnut Park section of Gadsden near the old Republic Steel plant. Within minutes, dozens of officers from several different agencies were on the scene.

As of 10:30 a.m., the suspect’s body remained in front of the school under a white sheet near the bicycle racks, not far from the front entrance.

All children in the school at the time of the incident had been safely picked up from Gadsden City High School within 20 minutes of being taken from the school. Reddick said most of the children and instructors did not know what had happened when they were transported.

“We’re just so thankful that none of this involved the children,” Reddick said. “Everyone followed the safety protocols that we’ve drilled on.”

The Alabama Law Enforcement Agency’s State Bureau of Investigation will lead the probe.

“At the end of the day, the good news is no one made it into the building, and the kids were safe,” Horton said.