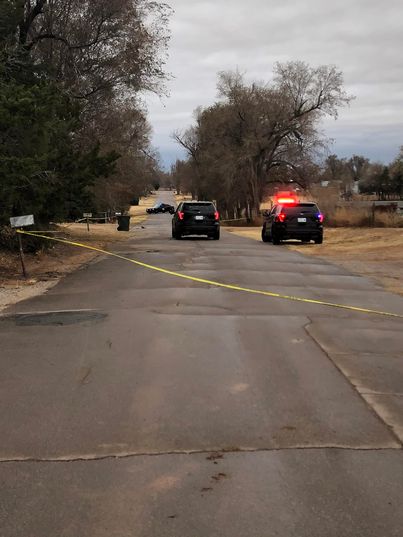 A Harper County sheriff’s deputy was taken to the hospital in stable condition after he was struck during a Thanksgiving gunfight with a man who was fatally shot in the exchange.

An Oklahoma deputy was wounded by a gunman who exchanged fire with authorities on Thanksgiving.

The shooting happened at about 6:30 a.m. Thursday when Harper County sheriff’s deputies responded to a call concerning an armed suspect trying to enter a location in Buffalo, KOCO-TV reports. The suspect fled the scene on foot, and deputies confronted the man at an intersection.

A gunfight ensued, and a deputy was struck. The suspect was then shot and killed when deputies returned fire.

The wounded deputy was taken to a local hospital and then transferred to a facility in Oklahoma City. He was in stable condition, and his injuries weren’t considered life-threatening.

The Oklahoma State Bureau of Investigation is looking into the incident.