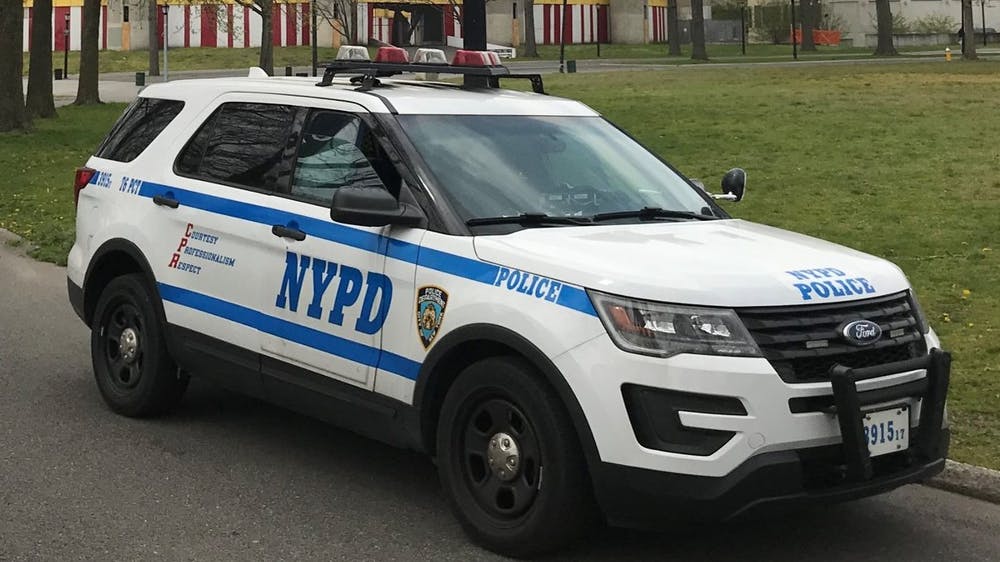 A 36-year-old man intentionally crashed into the metal barriers at a checkpoint near the Williamsburg Bridge in Manhattan, knocking the barricade into the New York City police officer.

An NYPD sergeant was hurt when a high-on-drugs motorcyclist plowed through a checkpoint near the Williamsburg Bridge in Manhattan and knocked a metal barricade into her, cops said Sunday.

Motorcyclist Brian Weldon, 36, had no license to ride his unregistered bike when he came off the bridge and encountered the checkpoint at Delancey and Suffolk streets on the Lower East Side about 10 p.m. Saturday, police said.

Police ordered him to stop but he refused, intentionally crashing into the metal barriers, police allege.

The sergeant suffered a minor cut to her leg and was treated at Bellevue Hospital and released.

Police charged Weldon, whose address is listed as a Midtown hotel-turned-homeless-shelter, with an array of offenses including assault, resisting arrest, reckless endangerment, weapon possession, operating a motor vehicle impaired by drugs, unlicensed driving and driving an unregistered vehicle.

He refused to take a blood alcohol test, cops said.

He was awaiting arraignment in Manhattan Criminal Court on Sunday.