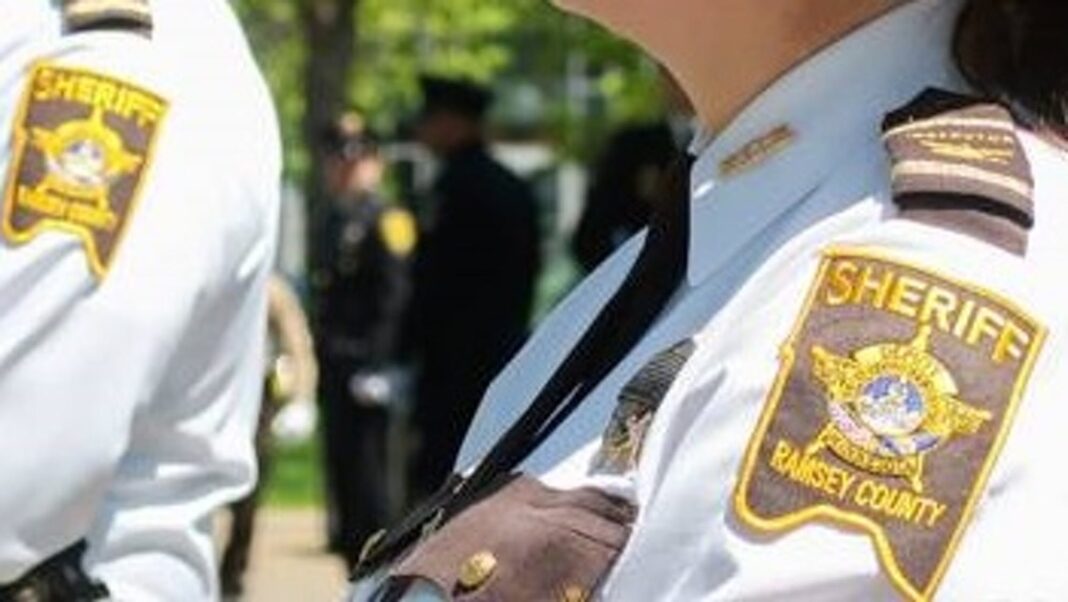 The informational hearing on violent crime in Minnesota was held by the Senate Judiciary and Public Safety Committee and the Senate Transportation Committee. It was chaired by Sen. Warren Limmer, R- Maple Grove, and Sen. Scott Newman, R- Hutchinson.

Senators heard from law enforcement leaders who blamed what they said was an increase in crime, radiating out from the Twin Cities to the suburbs, on anti-police rhetoric, shrinking staffing pools, budget cuts and prosecutors who don’t charge the offenders they arrest.

Ramsey County Attorney John Choi’s September announcement that he would not prosecute most felony cases that result from non-public-safety traffic stops was a topic of discussion. He has said the policy shift is meant to protect drivers of color and people who can’t afford to make repairs who he said are disproportionately impacted by such traffic stops. Choi was invited to the hearing, but could not appear because of a scheduling conflict, Limmer said.

“Some people call this ‘jackpot policing,” she said. “You’re pulling over thousands of people and maybe one of them has a weapon on them. How do they feel about the intrusiveness of their civil liberties?”

“Basically the county attorney just announced his office wouldn’t uphold the law and won’t prosecute those who break it,” he said. “That’s absurd and a slap in the face to victims,”

Ramsey County Sheriff Bob Fletcher took issue with Choi’s framing traffic stops as “pretextual,” meaning officers use a broken tail light or expired tabs as a ruse to pull over a driver in order to look for other crimes, such as drug use or illegal gun possession.

“These officers are not stopping cars out of pretext or ruse. They’re stopping cars because they believe it to be their job based upon the laws that you have passed,” he said. “I think that this was a mistake for the county attorney to make the decision as to what law enforcement should or should not do.”

Chisago County Sheriff Brandon Thyen said his county will continue to enforce traffic laws and prosecute felonies that arise out of those stops.

“The ‘don’t enforce’ or ‘will not prosecute the current laws’ leads the public to believe law enforcement is being shelved,” Thyen said. “That message, I believe, causes fear in the general public. That’s what I’ve seen from my constituents that are reaching out to me in reference to some of these decisions being made.”

“We have a responsibility … to look at why we have these unnecessary interactions between police and our communities of color in particular, and what can we do to reduce that,” she said.

Law enforcement officials also said Thursday they believe pursuit policies, such as Hennepin County’s 2019 shift allowing police to pursue a vehicle only in situations where thy believe a suspect has committed or is about to commit a serious and violent felony or gross misdemeanor, is affecting crime beyond the Twin Cities.

“When our deputies are making contact with the suspects, a lot of them are even surprised that we have pursued them,” Thyen said. “They make comments that in the metro, they are not pursued.”

Fletcher asked legislators for stricter consequences for those who flee police.

“Auto theft has evolved into carjacking, street robberies, burglaries,” Fletcher said. “These kids are using these stolen cars as a passport to committing other crime, because they know most agencies will not chase them if they run.”

“There are many additional sources of expertise available to consider when seriously trying to solve this problem,” he said. “Those sources were explicitly excluded by the committee chairs from participation in this hearing.”

Law enforcement leaders also spoke of low morale among the ranks and a shrinking pool of candidates to hire. They asked legislators to help change the narrative about what police do for the community.

“This morning before this committee hearing I accepted the resignation of one of my well respected veteran officers who, quite frankly, said, ‘I am submitting this retirement letter two years early because the system is failing us,’ ” Warner, the Maple Grove chief, said. ” ‘ There’s a sense of lawlessness out there, and I am not going to put my career and my life and my family at risk anymore,’ ” the chief said, quoting from the officer’s letter.

“When they see repeat offenders back out and more victims, their morale makes a difference as well,” she said. “I would probably say the folks in my district say it seems as though there’s more concern for the perpetrators of these crimes than there is for the victims of the crimes.”